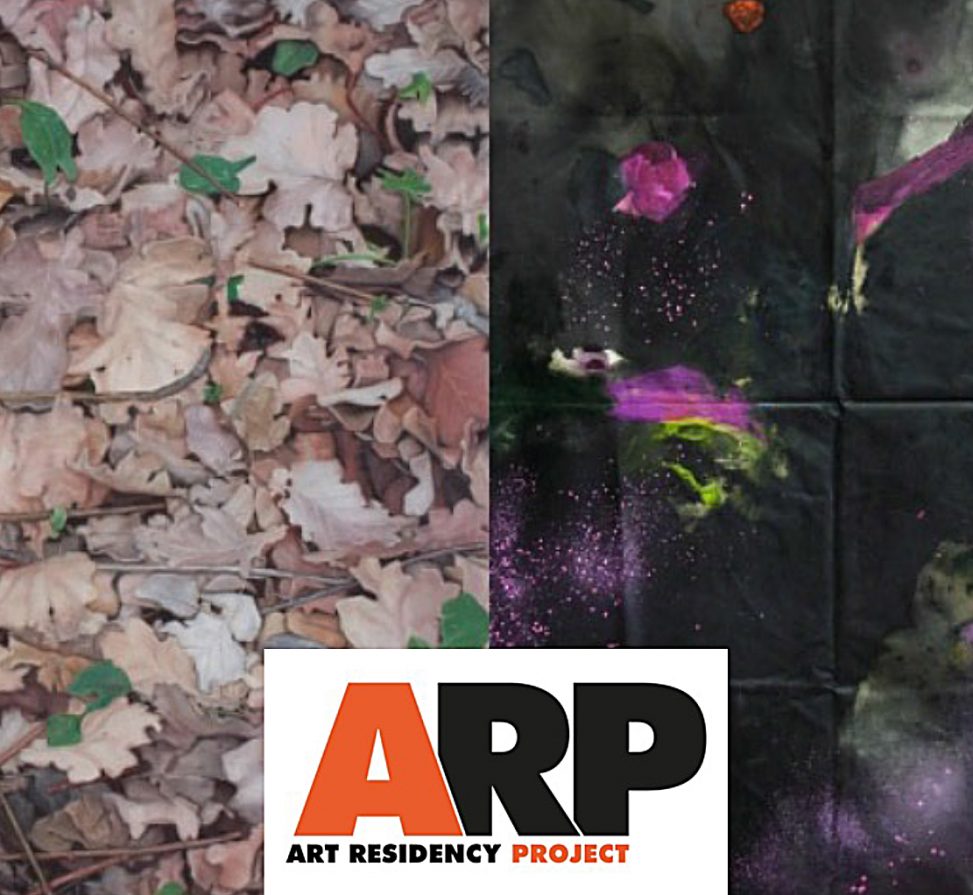 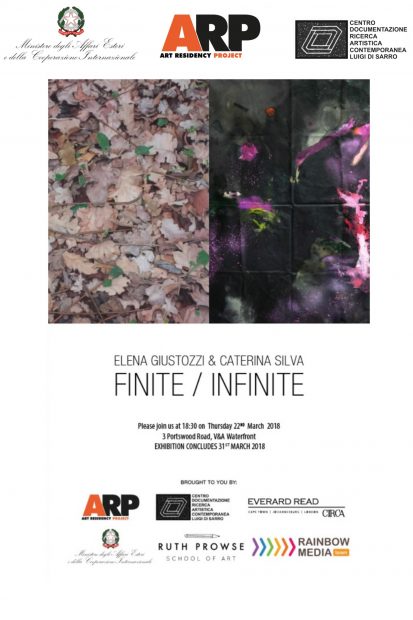 With FINITE / INFINITE, Elena Giustozzi and Caterina Silva show the work done during the ARPArt Residency Project in South Africa. An exhibition that offers itself as a journey on many levels, not the simple notion of travel, but the will to observe from and with different points of view.
The slow walks in the nature of Elena Giustozzi are revealed in comparison with the gaze from the top offered by Boomslang, the suspended walkway of Kirstenbosh Gardens, but also in a sketchbook of digital sounds collected in various corners of Cape Town. Works done in Italy, in the Marche region where the artist lives, mix with the paintings painted in Cape Town. A work wich is
slow, meticulous, meditative, intimate and grandiose at the same time.

The vicissitudes of the soul of Caterina Silva, her continuous queries on the meaning of reality, and the language she would like to express it, are certainly in her large canvases, colored and wrinkled, but also in comparison with what the soul carries with its past far or near. And so, thanks to the meeting with the students of the Ruth Prowse School of Art the performance coldcoldrainrainfshftictic has come to life, and that continues a similar research just carried out by the artist in Norway.

This website uses cookies to improve your experience while you navigate through the website. Out of these, the cookies that are categorized as necessary are stored on your browser as they are essential for the working of basic functionalities of the website. We also use third-party cookies that help us analyze and understand how you use this website. These cookies will be stored in your browser only with your consent. You also have the option to opt-out of these cookies. But opting out of some of these cookies may affect your browsing experience.
Necessary Sempre abilitato
Necessary cookies are absolutely essential for the website to function properly. This category only includes cookies that ensures basic functionalities and security features of the website. These cookies do not store any personal information.
Non-necessary
Any cookies that may not be particularly necessary for the website to function and is used specifically to collect user personal data via analytics, ads, other embedded contents are termed as non-necessary cookies. It is mandatory to procure user consent prior to running these cookies on your website.
ACCETTA E SALVA